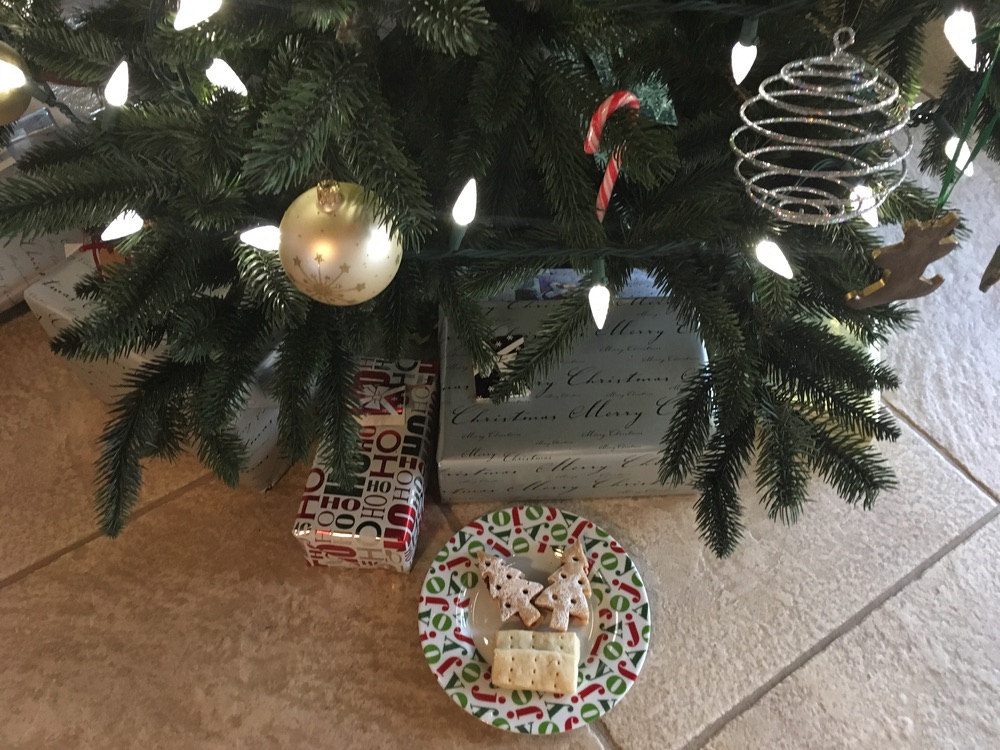 December is a busy, stressful time of year, so using both time and energy efficiently makes sense and can save cents.

However, good efficiency intentions can sometimes lead us astray, as demonstrated by the following tweet, posted on December 4 by @EnergySaver, an account belonging to the U.S. Department of Energy’s Office of Energy Efficiency and Renewable Energy. 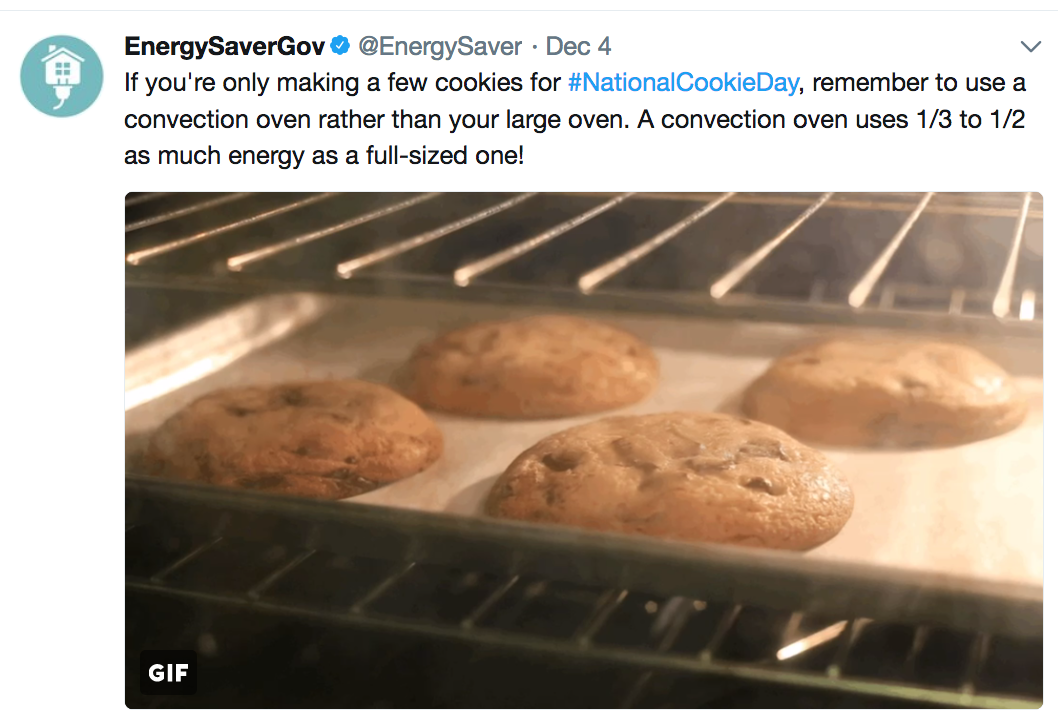 Although this government Twitter feed includes many useful tips, there are at least three problems with this particular tweet (which may have been written by someone who doesn’t bake):

According to energyusecalculator.com, the average electric oven using an average wattage (2,400 watts) for an hour at typical heat (300 to 425 degrees Fahrenheit) uses 2.4 kW, which amounts to 24¢ if your rate is 10¢/kWh. Compared with the cost of your ingredients, that’s not much. If you’re compulsive about saving energy, ask yourself if you’re committed at any cost. Figure out how many of those 24¢ you’d save by using a convection oven, and then calculate how many hours over how many years you’d have to use the oven to recover its capital cost, which can run from under $100 for a smaller, countertop model to well over $2,000 for a commercial one.

Many years ago, I heard a similarly impractical piece of advice. A so-called efficiency expert told an audience that they could save a lot of energy by not preheating their ovens; just put your food in the oven while it heats up, he advised. “NO-O-O!” I wanted to yell out. Though this person may have had some energy background, he clearly had zero cooking skills.

Cooking is chemistry. Especially with baking, you must add just the right amount of key ingredients and process them—fold, beat, heat, or apply pressure—in just the right way. Put a soufflé in an unheated oven and you’ll never get that light, impressively towering final result. The eggs will eventually cook, but you won’t have made a soufflé. Put butter-rich Christmas cookies in an un-preheated oven, and they will spread into an unappetizing, amoeboid mess.

Energy industry insiders often complain that the public doesn’t understand energy, but one reason average consumers may dismiss what they hear from utilities and other experts is that the proffered advice sometimes ignores daily realities.

So, what to do if you’re a typical man or woman trying to juggle work and family responsibilities while “making spirits bright” during the festive season? There are more sensible approaches to baking in an energy efficient way than those suggested by the two “experts” I just cited.

First, do the best with what you have—because who wants to shop for a utilitarian appliance when you’d rather be shopping for gifts? Then, the next time you replace an oven, look at efficiency ratings (maybe by then the government’s Energy Star program will have gotten around to including ovens). You’ll have space and style requirements to consider as well, but when you’ve narrowed your list of models, remember to factor in efficiency.

Also consider models that include a convection bake option. I’ve had two ovens with this capability, and they can cut cooking times for some dishes. Before you commit to a convection-only appliance, consider the pros and cons.

Try to find an oven with at least three racks, rather than just two. Especially if you use the convection mode, you can improve efficiency by baking more sheets of cookies in the same amount of time—which also minimizes the cook’s time in the kitchen. Trust me, this is one of the best time-saving as well as energy-saving decisions you can make.

When it comes to actual baking, you can use your appliance most efficiently, in whatever mode, if you:

Holiday Energy Efficiency Beyond the Kitchen

When it comes right down to it, saving a penny or two by using a convection rather than a regular oven isn’t the most sensible way to be energy efficient during the holiday season. Bigger gains can be realized by replacing any remaining traditional, filament-based decorative lights with LED strands. Costs have fallen in recent years, so price should no longer be an excuse.

You can also put your exterior or interior decorative lights on a timer. That will optimize the hours your lights are on while saving you the hassle of remembering to turn them on at dusk and off before bed. The timer can also be handy indoors any time of year to enhance the safety of your property, as it can turn lights on and off at appointed times, making it appear that you are home when you’re not. (Yes, I know this uses energy “needlessly,” but sometimes it pays to consider security as well as efficiency.)

Finally, remember to optimize the efficiency of any biomass-burning stoves or fireplaces. It’s true that a fireplace isn’t the most efficient way to heat your home, but most of us who are lucky to live where wood fireplaces haven’t been outlawed use them infrequently. Besides, a wood fire is usually less about heating and more about establishing a warm mood for holiday entertaining. It’s one of the stress-relieving joys of the season. 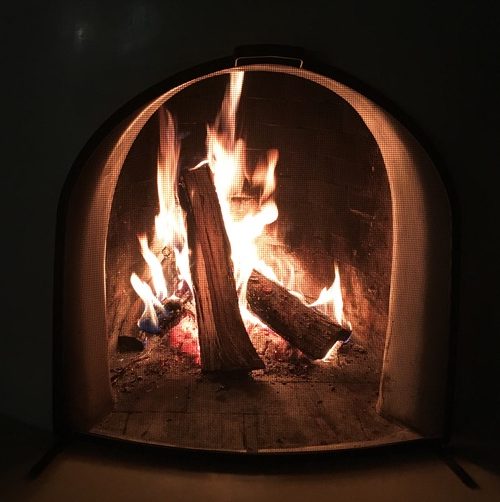 To avoid sending heated interior air up the flue when you don’t have a fire, make sure your damper fits tightly. If you live, as I do, in a windy area, high winds can sometimes blow the flue open, so check it at least weekly.

As with your dryer vent, cleaning your wood stove or fireplace flue is not only an important safety measure; it also can improve efficient airflow. And, according to the U.S. Department of Energy, “Even one-tenth of an inch of soot can drop the heat transfer efficiency of the metal by 50%” in a wood stove.

Need extra incentive to call out the chimney sweep? Remember that Santa will appreciate the clean flue, too! 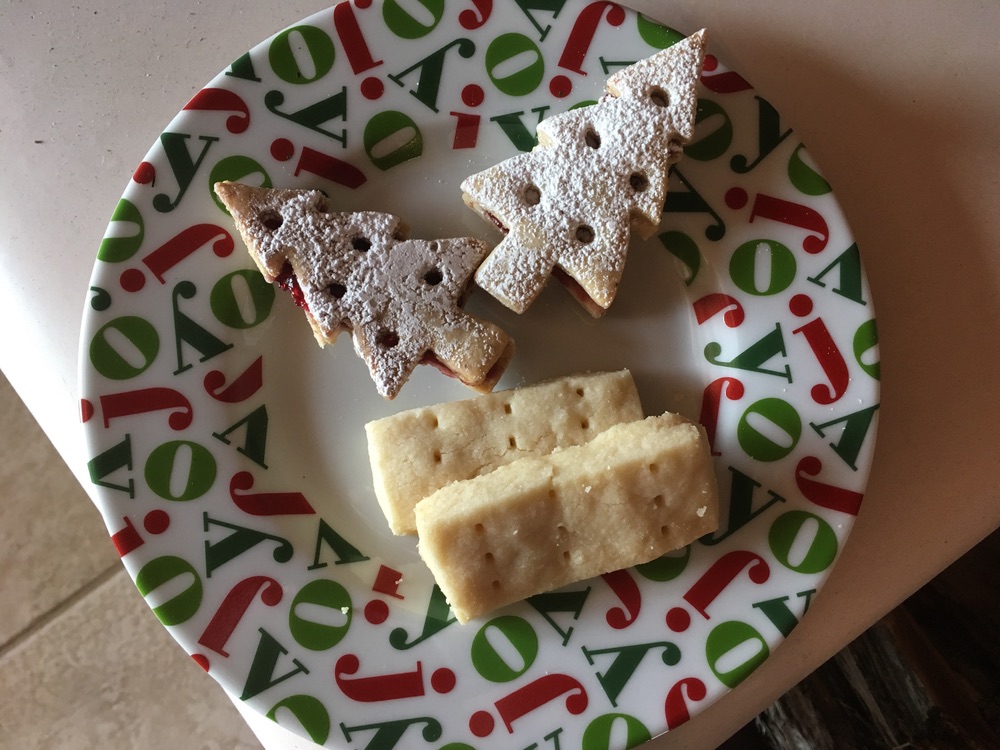 —Gail Reitenbach, PhD produces Right Hand Reports (righthandreports.com)—exclusive, independent reports on events of key value to those in and involved with the fast-changing power and electric utility industry—and provides consulting services through Right Hand Communications LLC. She is the former editor of POWER.